We are committed to delivering media-music's most exciting do-ers, thinkers, movers and shakers for the BMIM conference.

The tenth edition of Buma Music in Motion – the Amsterdam-based event solely dedicated to the innovative use of music in media that brings together the very best minds and talents in the creative industries – is set to take place on 19 & 20 May 2020.

We are very proud to present the first #BMIM2020 keynote speakers!

Yoko Shimomura has been a video game composer for over 30 years. After graduating from Osaka College of Music, she began her career at Capcom, before moving onto Squaresoft (now Square Enix). Since 2003 she has been working as a freelance composer. She is best known for her work on game soundtracks including the Kingdom Hearts Series, Mario & Luigi RPG series, Streetfighter II, Final Fantasy XV and many more. Shimomura has been called the most famous female video game composer in the world.

Josh Rabinowitz is an acknowledged global thought leader in that space where music, media, brands and content intersect. During his 20 + year career he has produced and or music supervised over 10K tracks for brands, cinema, recording labels and television.

Rabinowitz has been called a "New Music Mogul" by Fast Company, "The Voice" of the music-branding space in the news, and a "Branding Power Player" by Billboard where he was also a 'celebrity' columnist for "With the Brand."

He’s been Adjunct Professor at The New School since 2008, and has been cited in The NY Times, Rolling Stone, Time, The New Yorker, NY Magazine, the WSJ, Vulture, Crain’s, Variety, AdAge, Forbes, etc., and, has appeared on Bloomberg TV News and NPR (National Public Radio).

Rabinowitz was chosen to be the inaugural President of the Cannes Lions (Festival of Creativity) Music Jury in 2016, where he was called "a musical genius."

He has been a successful bandleader and trombonist, weaned on the streets of the world's cultural capitol - Brooklyn, USA - before it was cool.

He resigned his position as EVP/Director of Music at Grey Group in 2019 to start a Music and Sound Consultancy called the Brooklyn Music Experience: brooklynmusicexperience.com

Mark Ayres was involved in the Radiophonic Workshop’s final days at the BBC and went on to become their archivist. A composer and sound designer in his own right, he created incidental music for Doctor Who in the 1980s during Sylvester McCoy’s tenure, for stories "The Greatest Show in the Galaxy", "Ghost Light" and "The Curse of Fenric". More recently he wrote the music for the reconstructed 'lost' Tom Baker adventure, "Shada". He has composed for television and film including scores for 1996 feature "The Innocent Sleep" (a mafia thriller starring Rupert Graves and Michael Gambon) and the more recent "Scar Tissue". Mark's devotion to the Workshop after Doctor Who ceased broadcasting in 1989 proved vital in regenerating interest in their work, and he is now the driving force behind their live revival on the festival circuit and in the creation of new works including the score for Matthew Holness' disturbing psychological horror film, "Possum".

Mark is a director of The Ivors Academy of Music Creators (pervious BASCA) and chairs their Media Music Committee.

Dan Burt has been supervising and producing music at Wunderman Thompson (formerly J Walter Thompson, part of WPP - the world’s largest ad organization) for 17 years and has worked on thousands of commercial spots for global and national clients.

He has brought groundbreaking music there, making branded entertainment a reality for even the most unexpected clients, including Diamond Trading Company ("A Diamond is Forever" campaigns) and Nestle, and has further strengthened giants like Puma, Google, Smirnoff, Royal Caribbean, Rolex, Microsoft, Kellogg's, Dannon, 7-11, Walmart, Dominos, Revlon and Johnson & Johnson collaborating with artists across the music spectrum, helping start quite a few careers in the process.

Catherine is an award-winning music supervisor and score coordinator across television and film. She joined Faber Music in 2017 as Head of Film and TV, following 9 years at HotHouse Music where she worked as a Music Supervisor and Composer Agent. Her years of working in song clearance and supervision has developed close relationships with major and independent publishers and labels across the industry, allowing her to get the best deals and source hidden gems and new talent across all genres of music.

Current projects include new alternative romcom Trigonometry for the BBC, the David Nicholls’ adaptation Us, LIFE from the writer of Dr Foster, both for Drama Republic/BBC, supernatural drama The Irregulars for Netflix, and feature His House for New Regency.

Founder of music consultancy, Feel for Music, Ben Sumner is a music supervisor specializing in the field of video games. Twice voted Music Week Music Supervisor of the Year for Video Games and winner of a number of awards for music creation and supervision across gaming, advertising and radio.

Ben has worked on music for numerous games franchises including Assassin’s Creed, Just Cause, Tomb Raider, Hitman, Far Cry, Final Fantasy, Life is Strange to name just a few. As well as numerous other projects including work for Google, Jaguar and the BBC.

Having started out as a DJ/producer over 20 years ago, his career has spanned numerous artist and media projects in a variety of roles. Career highlights include remixing Candi Staton’s ‘You’ve Got The Love’, working with Florence & The Machine (Final Fantasy XV), Dua Lipa (Jaguar) and Daughter (Life Is Strange) and voicing a character for CBBC!

More recent projects include creating all music for the Just Cause 4 marketing campaign, the Jaguar Pace campaign with Dua Lipa creating the most remixed track in history, and in-game music supervision for Shadow of the Tomb Raider.
All rights reserved 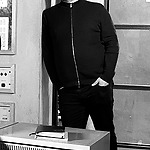 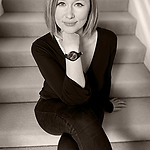 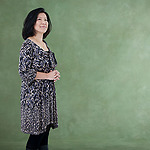 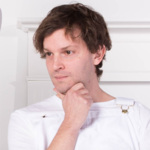 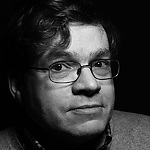 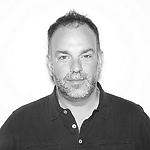